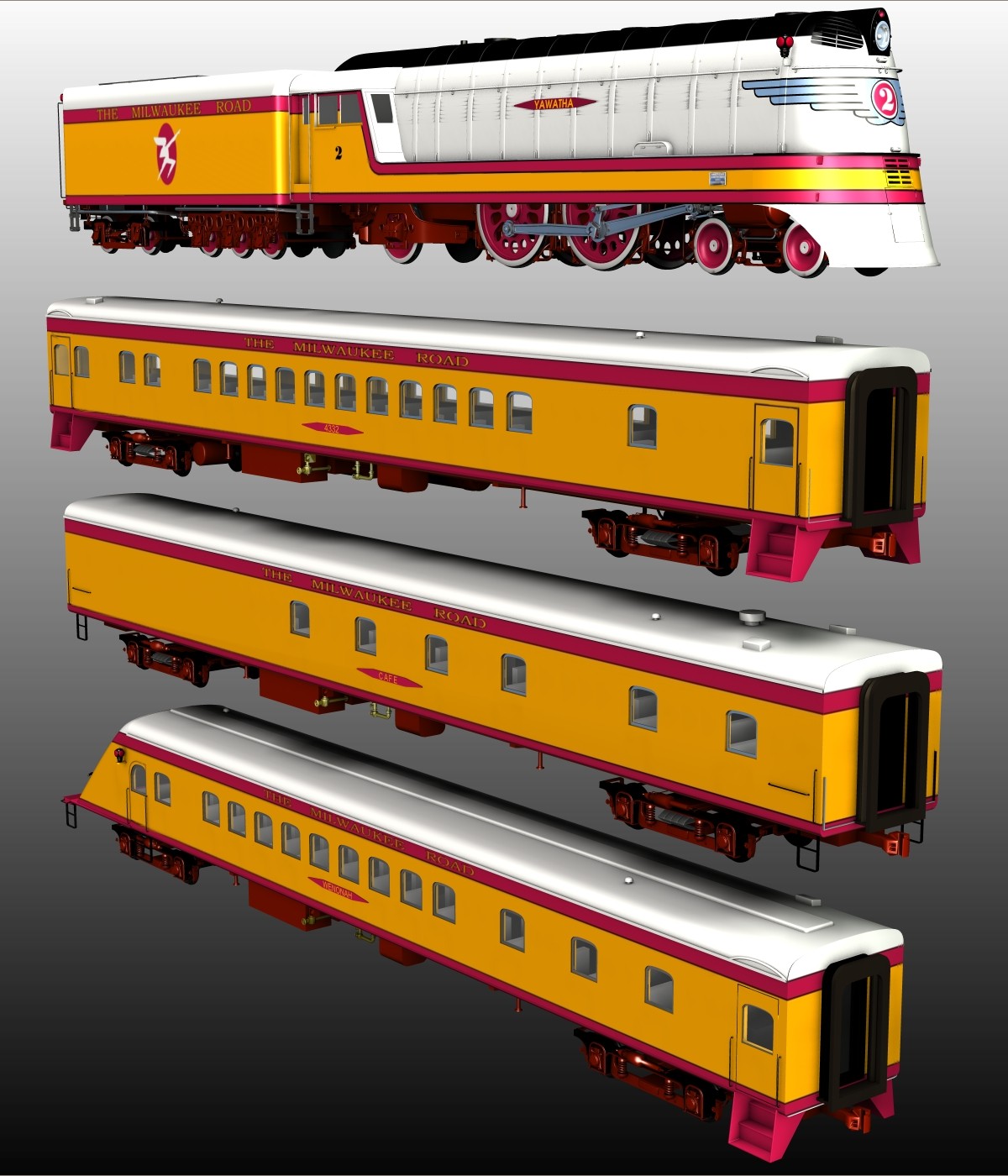 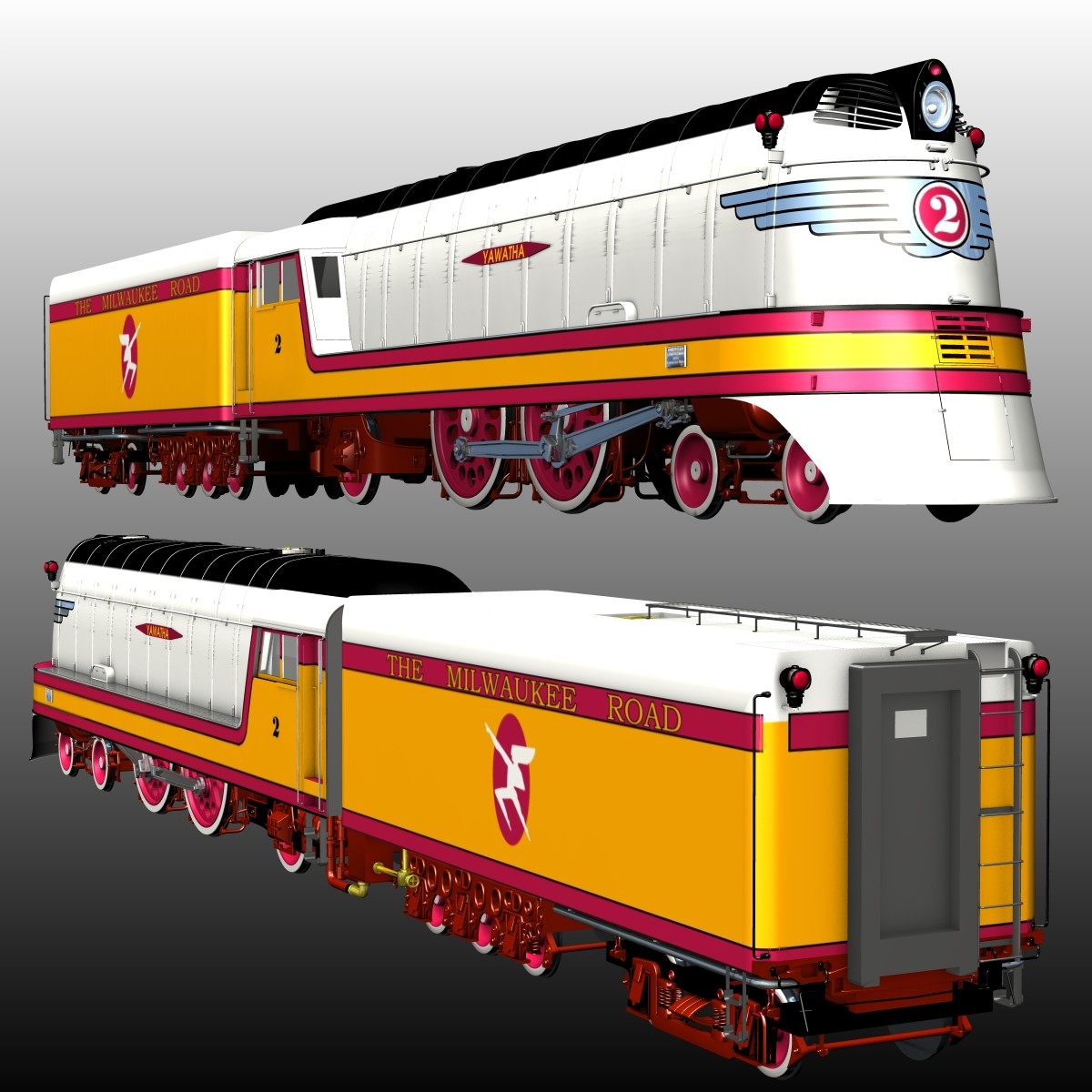 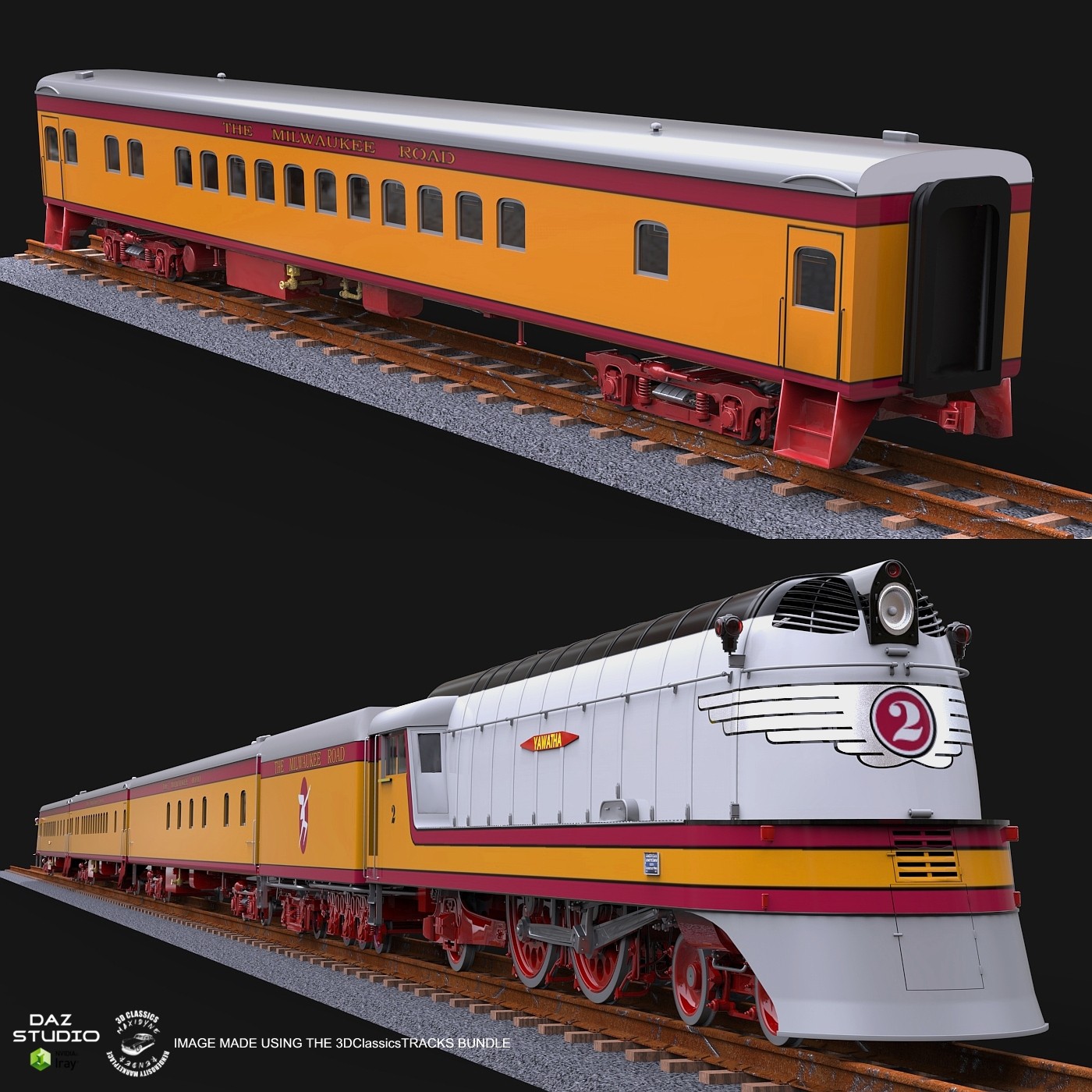 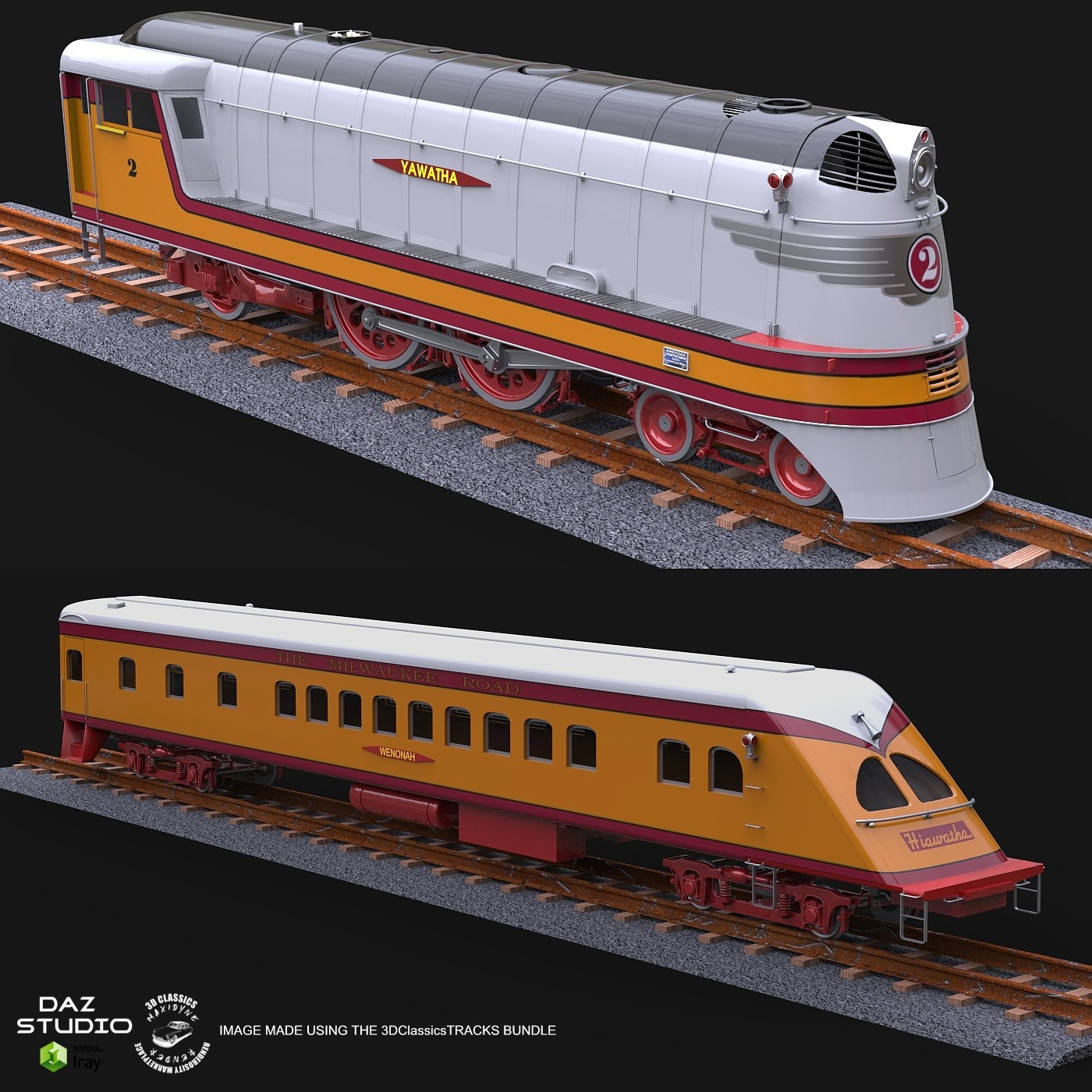 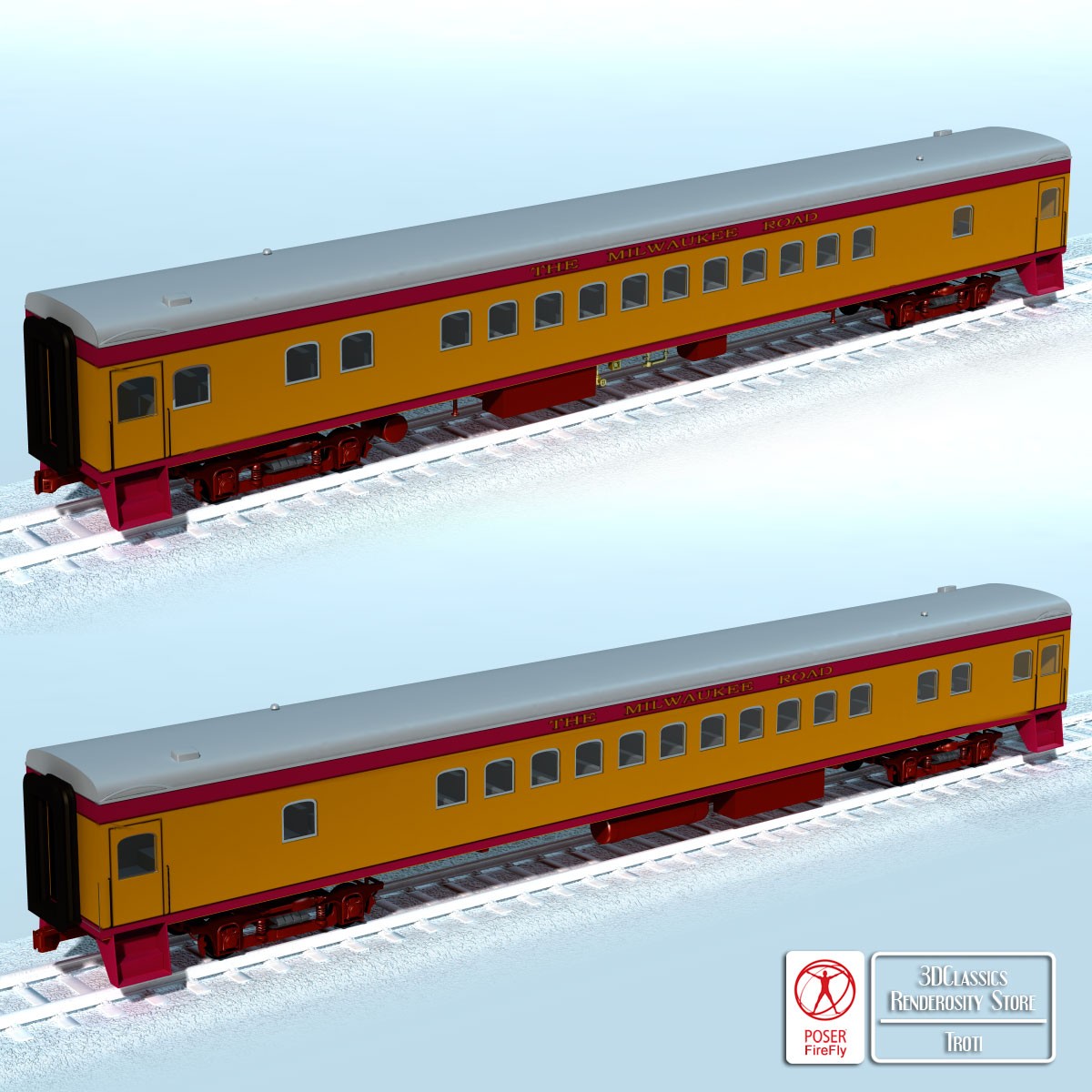 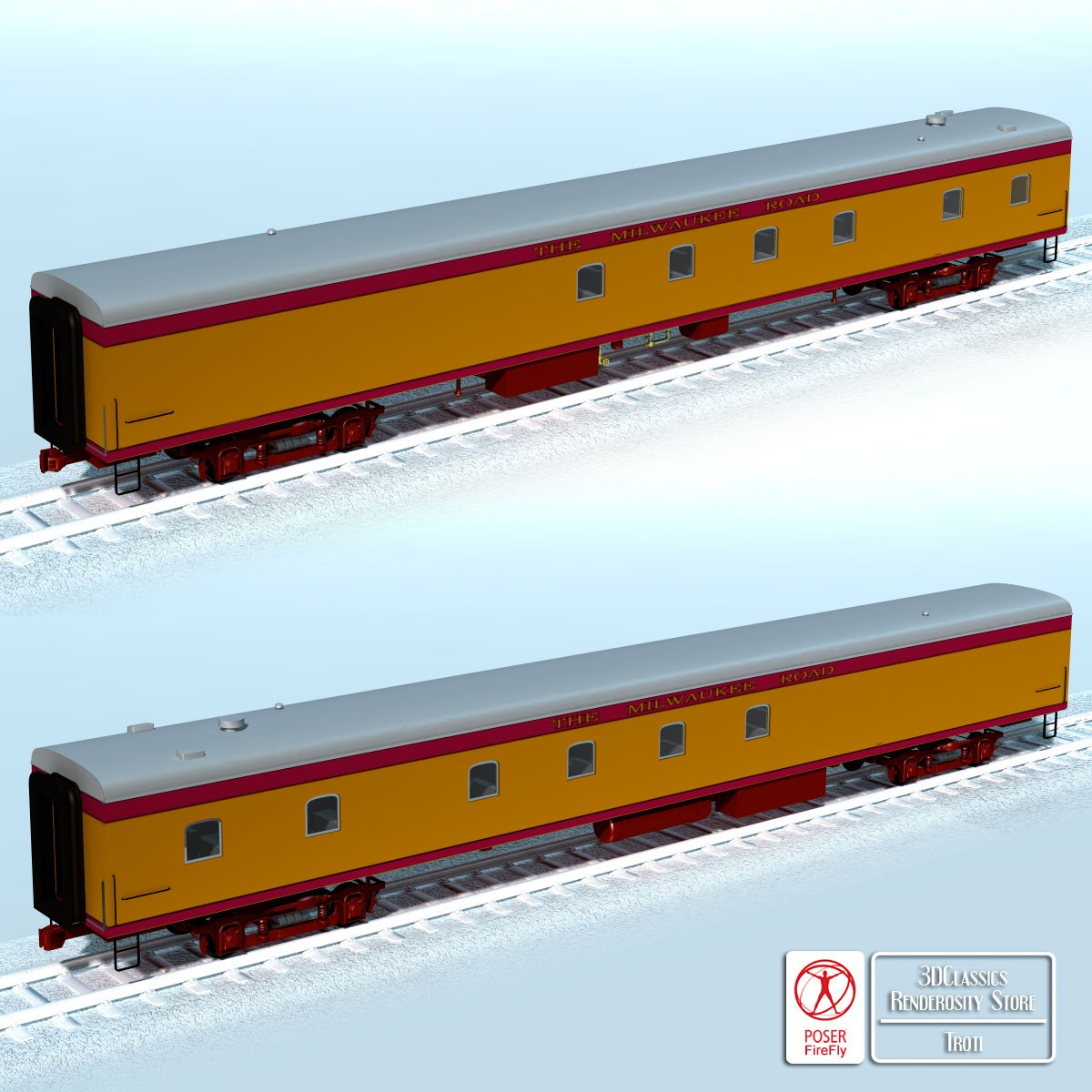 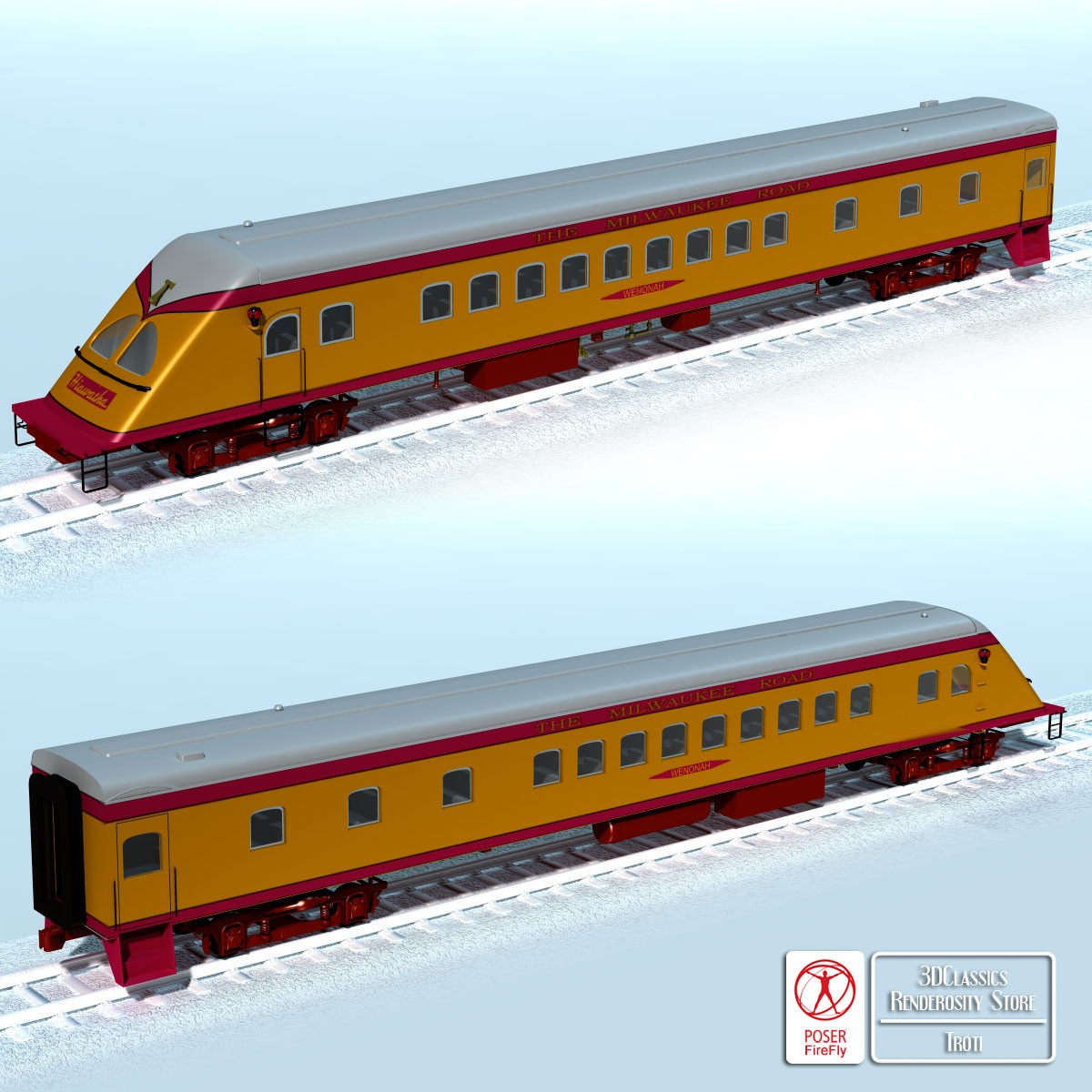 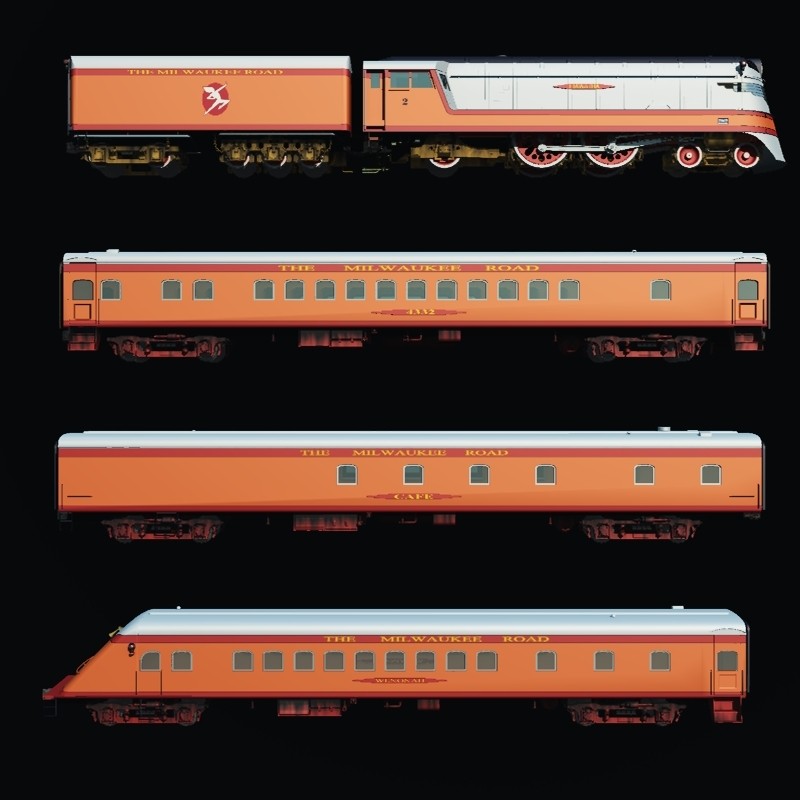 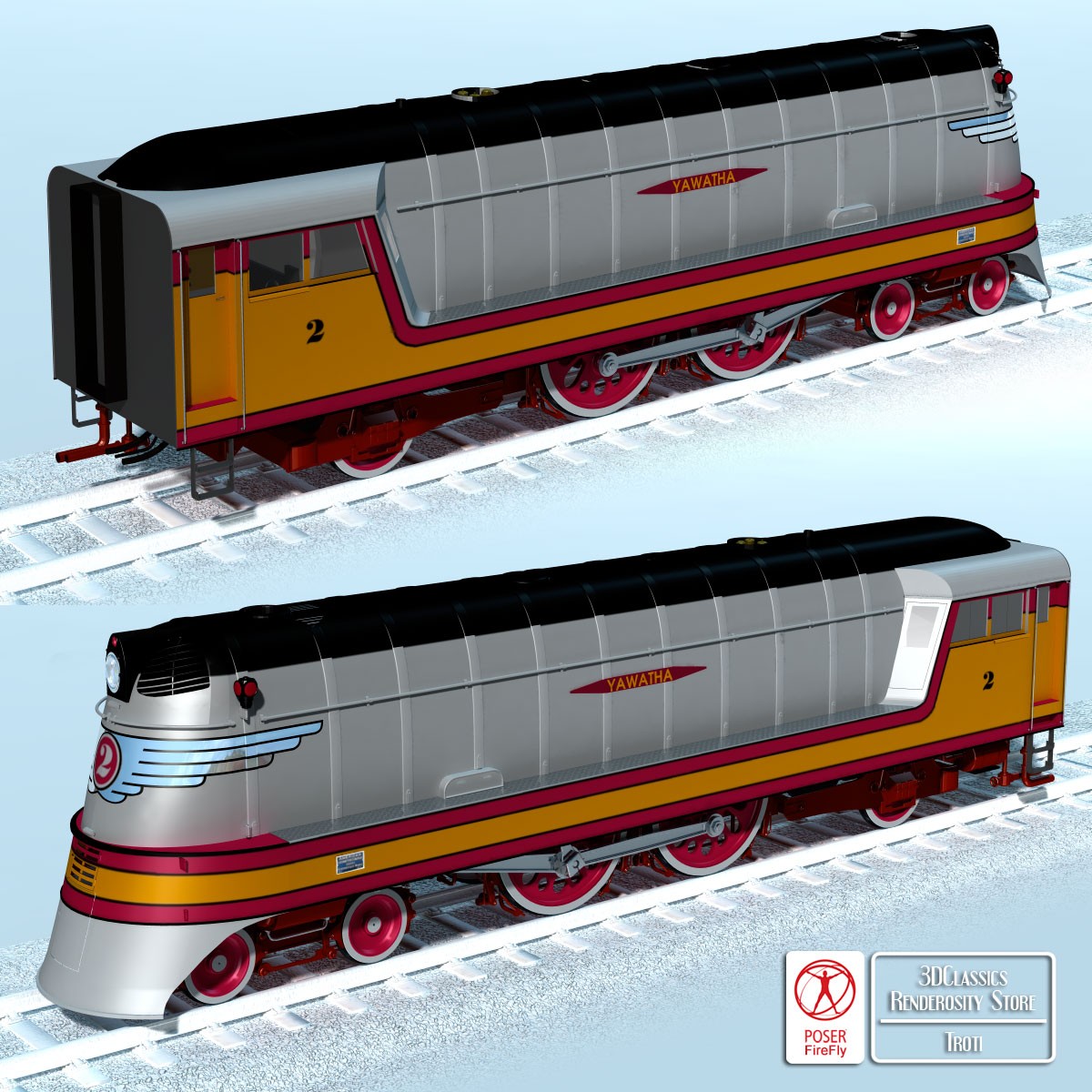 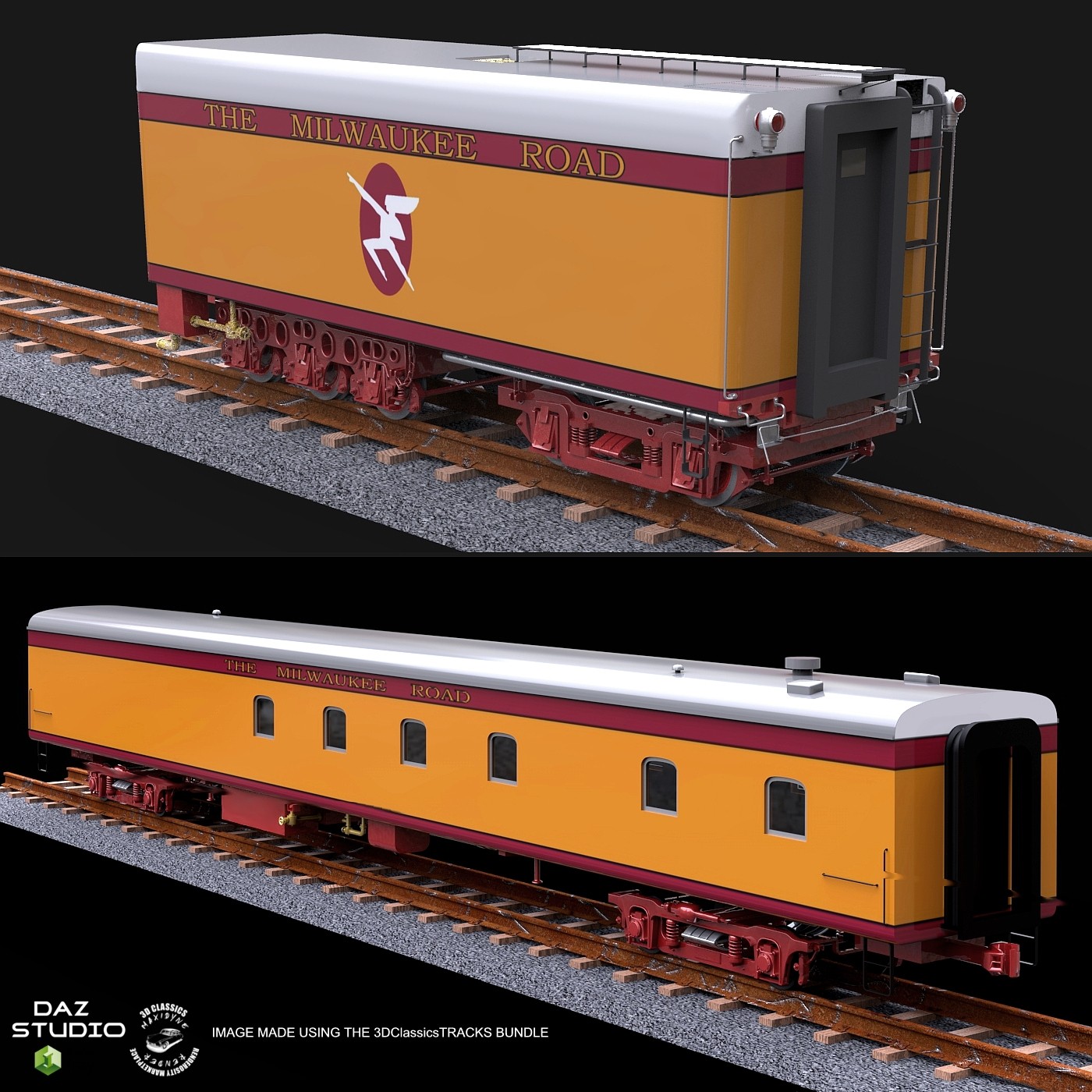 The Hiawathas were a fleet of named passenger trains operated by the Chicago, Milwaukee, St. Paul and Pacific Railroad (also known as the Milwaukee Road) between Chicago and various destinations in the Midwest and Western United States. The most notable of these trains was the original Twin Cities Hiawatha, which served the Twin Cities in Minnesota.
The Twin Cities Hiawatha was the original Hiawatha, beginning service between Chicago and the Twin Cities on May 29, 1935.The Milwaukee Road added a second train to the route on January 21, 1939, and the two trains were known as the
Morning Hiawatha and Afternoon Hiawatha, although the brand Twin Cities Hiawatha was often employed.
The Hiawatha used Otto Kuhler-styled streamlined Class A 4-4-2 steam locomotives built by the American Locomotive Company and was intended to compete directly with the Chicago, Burlington and Quincy Railroad's . The Milwaukee Road
class A comprised four (#1–#4) high-speed, streamlined 4-4-2 "Atlantic" type steam locomotives built by ALCO in 1935-37 to haul the Milwaukee Road’s Hiawatha express passenger trains. They were among the last Atlantic types built i
n the United States, and certainly the largest and most powerful. The class were the first locomotives in the world built for daily operation at over 100 mph (160 km/h), and the first class built completely streamlined, bearing their
casings their entire lives. Although partially supplanted by the larger F7 "Hudsons" from 1937, they remained in top-flight service until the end. Locomotive #3 was taken out of service in 1949 and cannibalised for spares to keep the
other three running until 1951. None survive. They were successful, exceeding design goals. Designed for a 6½ hour schedule between Chicago and St. Paul, the class proved capable of handling nine cars on a 6¼ hour schedule. The only
change over the years, except bumps and dents in the casing, was the addition of a Mars Light beneath the winged emblem on the nose in 1947.
They hauled the fastest scheduled steam-powered express trains in the world. Running at 100 mph or greater was required to keep these schedules; the class A locomotives were designed to cruise at over 100 mph and be able to achieve
120 mph (190 km/h). A run with a dynamometer car behind the locomotive was made on May 15, 1935 by locomotive #2 between Milwaukee and New Lisbon, Wisconsin. Over a 14-mile stretch the speed of 112.5 mph (181.1 km/h) was recorded.
This was the fastest authenticated speed reached by a steam locomotive at the time, making #2 the rail speed record holder for steam and the first steam locomotive to top 110 mph (180 km/h). There are reports, without evidence or
accurate records, that these locomotives could exceed 120 mph. Such speeds would have placed the class A in contention with the LNER Class A4 and German BR 05 for the crown of fastest steam locomotive until that time, but no records
have been unearthed. The successor Milwaukee Road class F7 was even more powerful, with a claimed top speed of 125 mph (201 km/h).

POSER 7 or greater
CAN BE IMPORTED IN DAZ STUDIO.