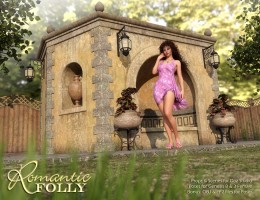 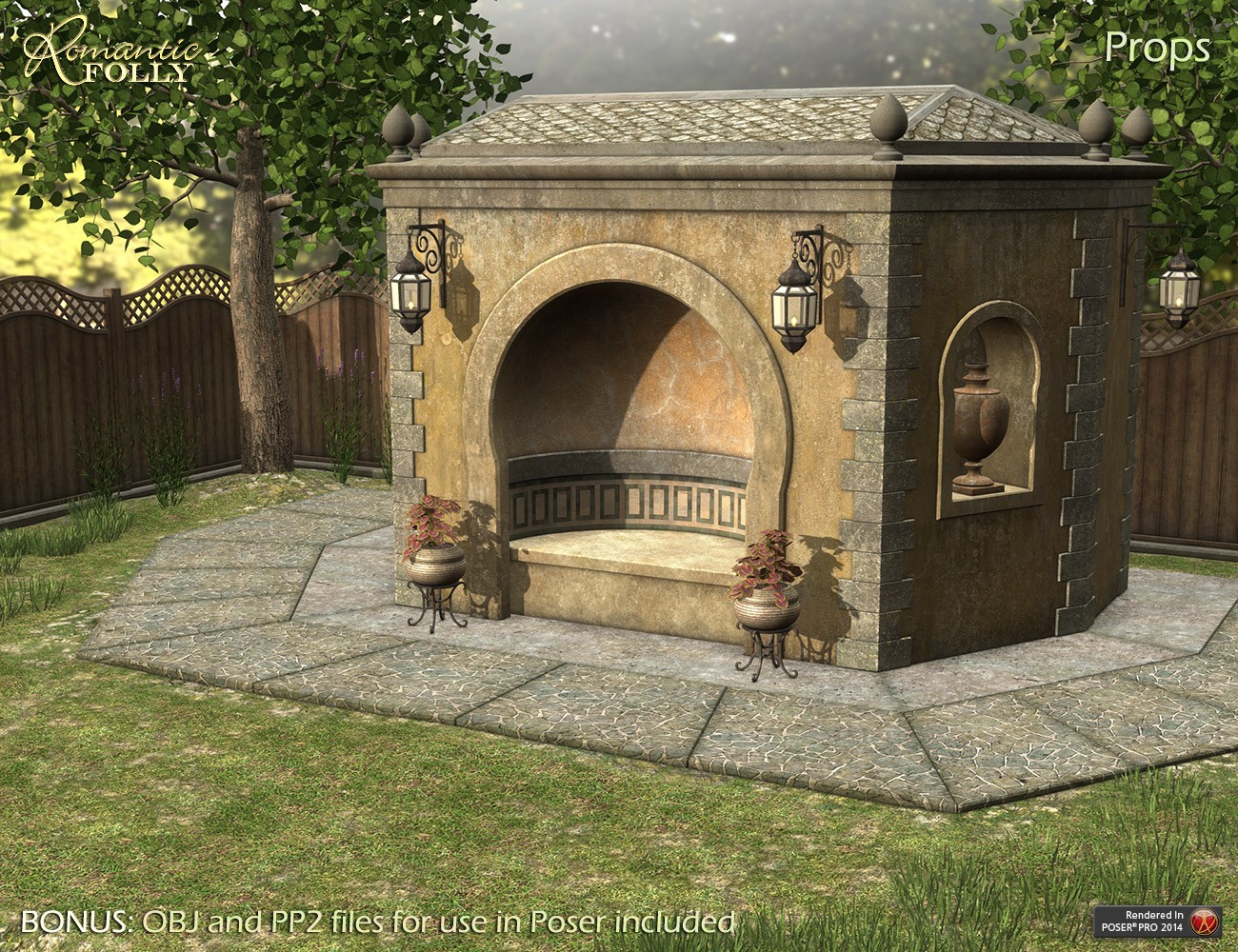 In architecture, a folly is a building constructed primarily for decoration, but suggesting through its appearance some other purpose. They are often used as garden ornaments. The Romantic Folly appears to be a grotto meets mausoleum surrounded by a garden scene. 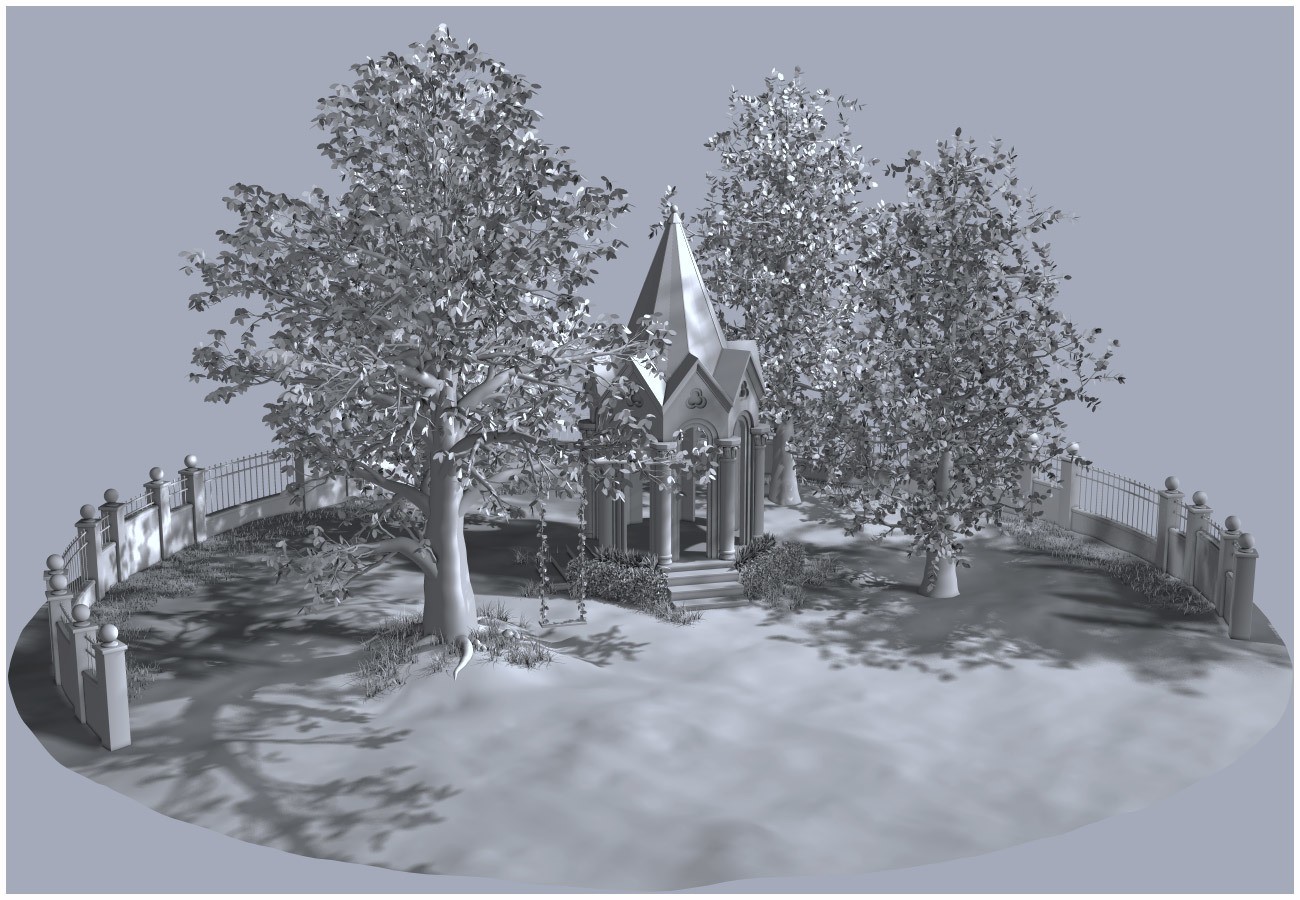 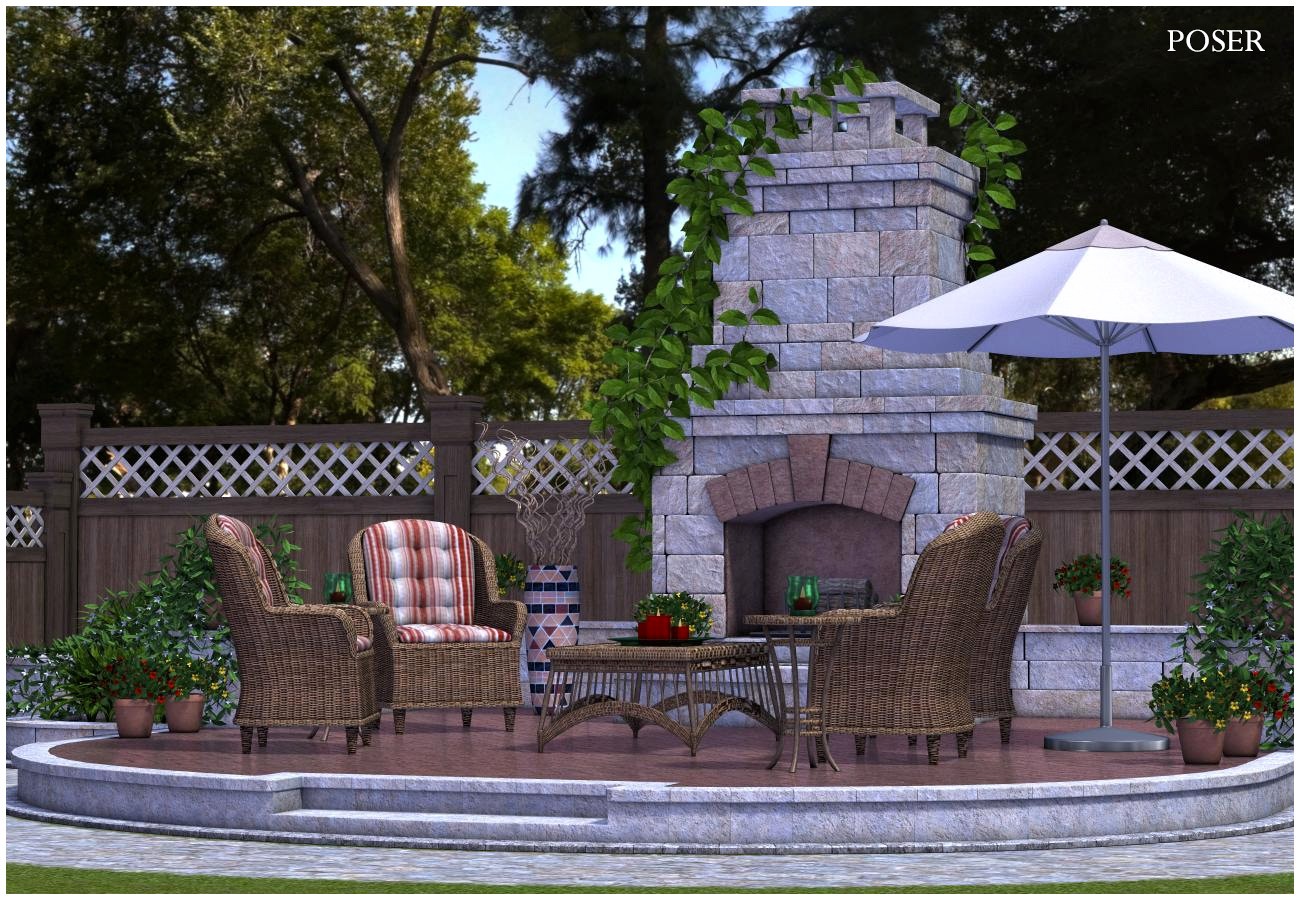