Runtime Organizer for Poser 12 Back to All 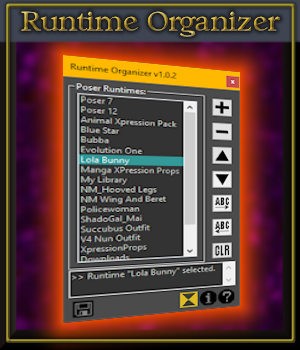 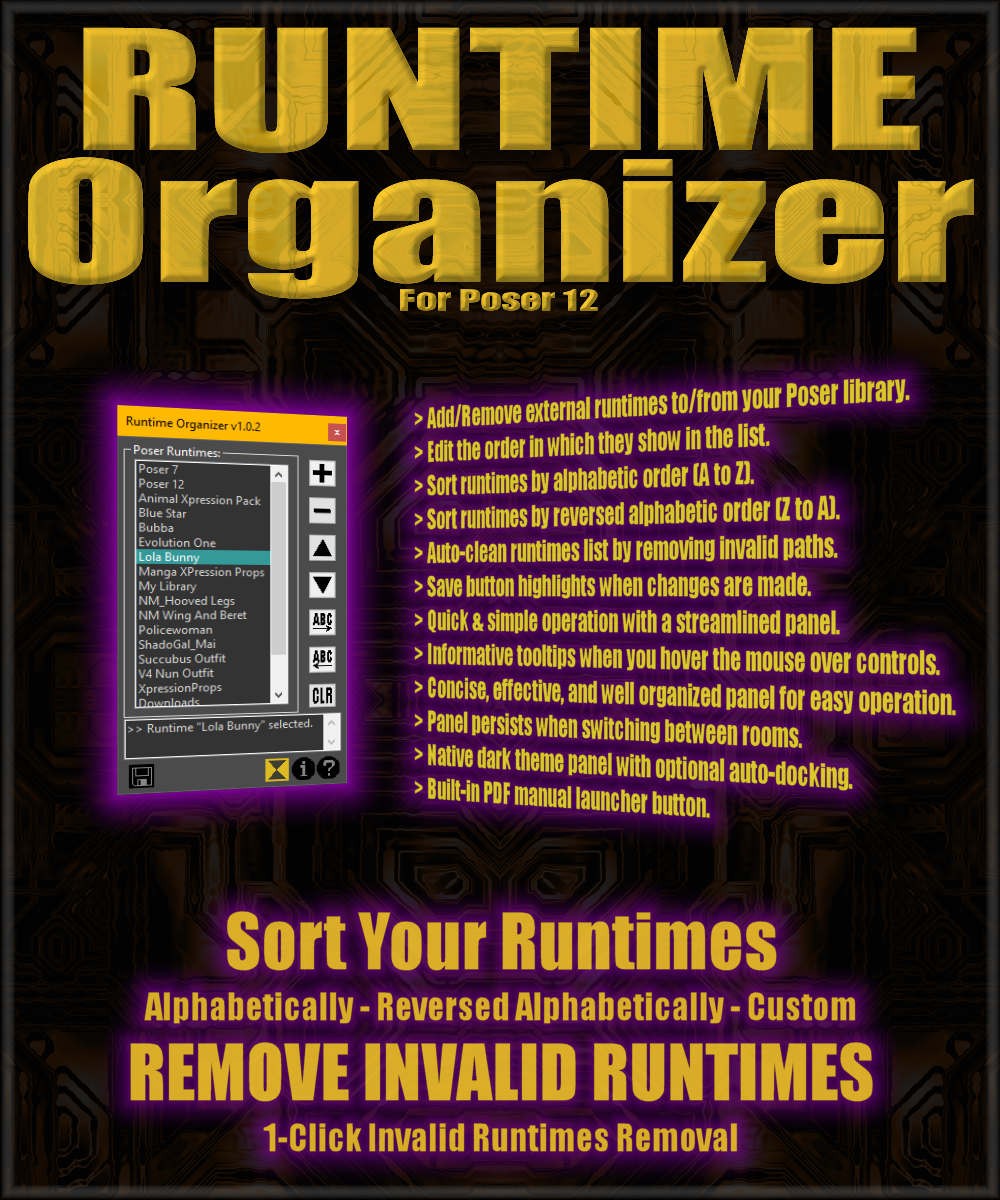 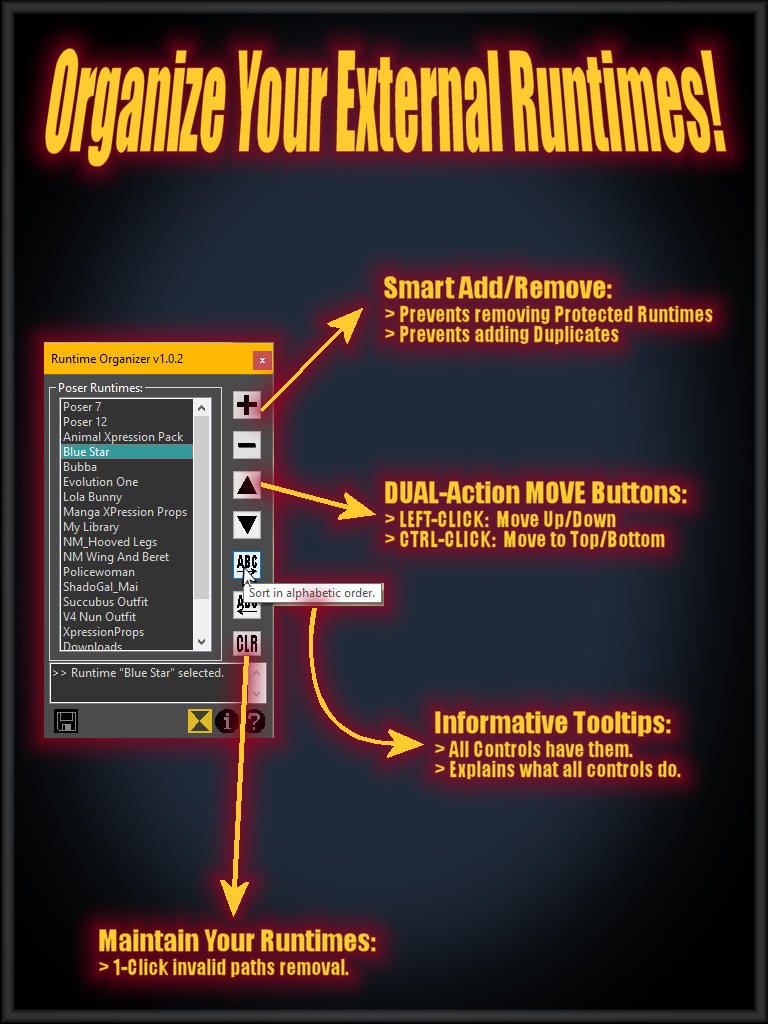 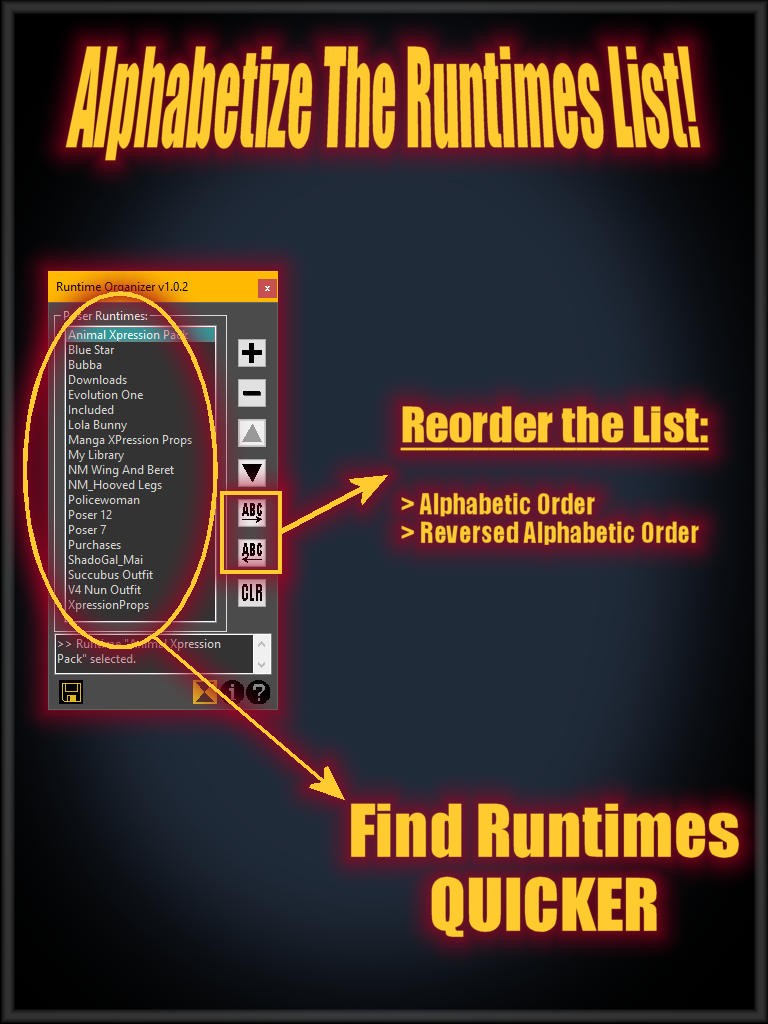 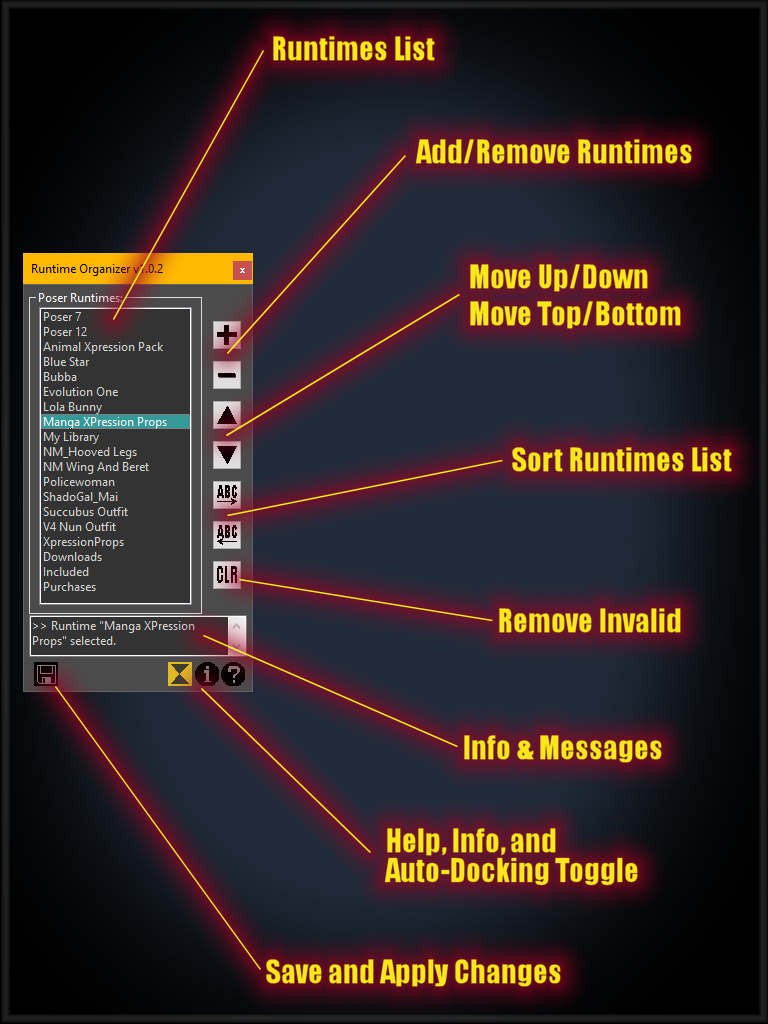 Runtime Organizer allows managing and organizing your Poser list of external runtimes with more options than is allowed by the existing Poser library tools. Besides adding/removing runtimes to/from your library, you can also edit the order of each runtime in the list, sort it alphabetically it, and auto-remove with invalid paths.

These are some of the main features: