Moroccan Bundle Back to All 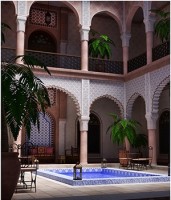 A riad is a traditional Moroccan house that feature a central inner courtyard with lush plants in four planting beds and a central fountain, but many variations exist. The term derives from the Arab word "ryad," meaning "garden." This bundle comes with a Riad scene and Moroccan bedroom for Poser. 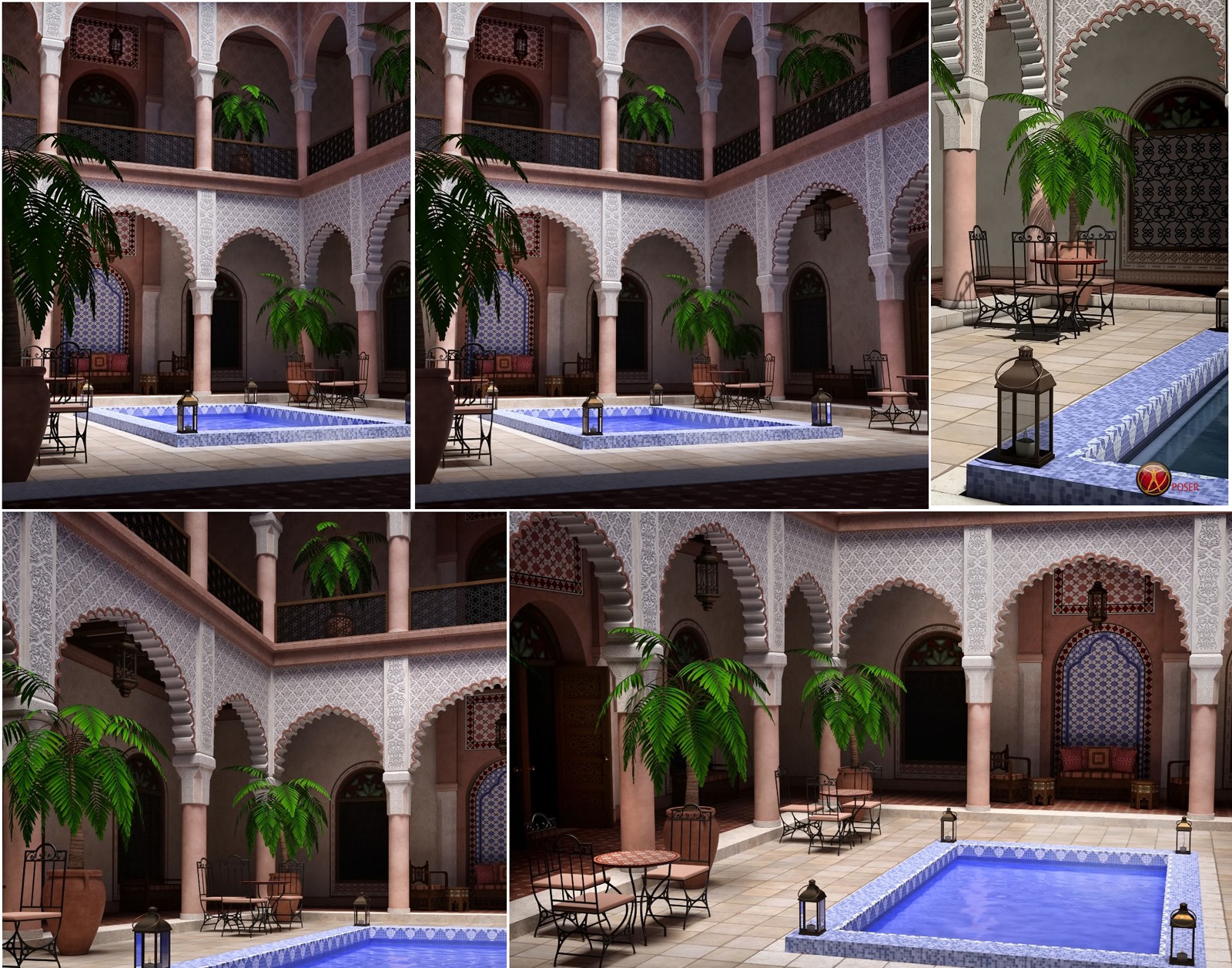 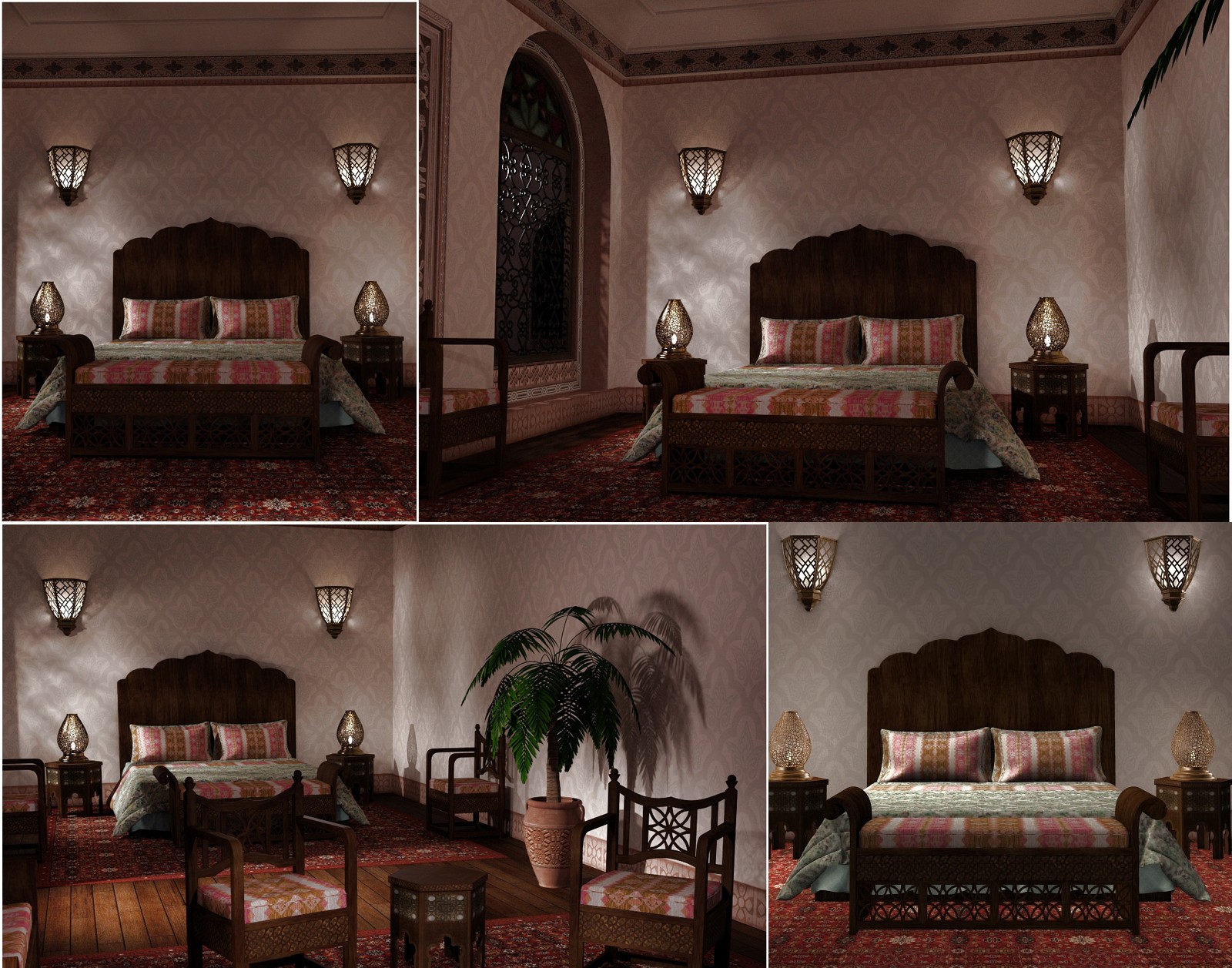