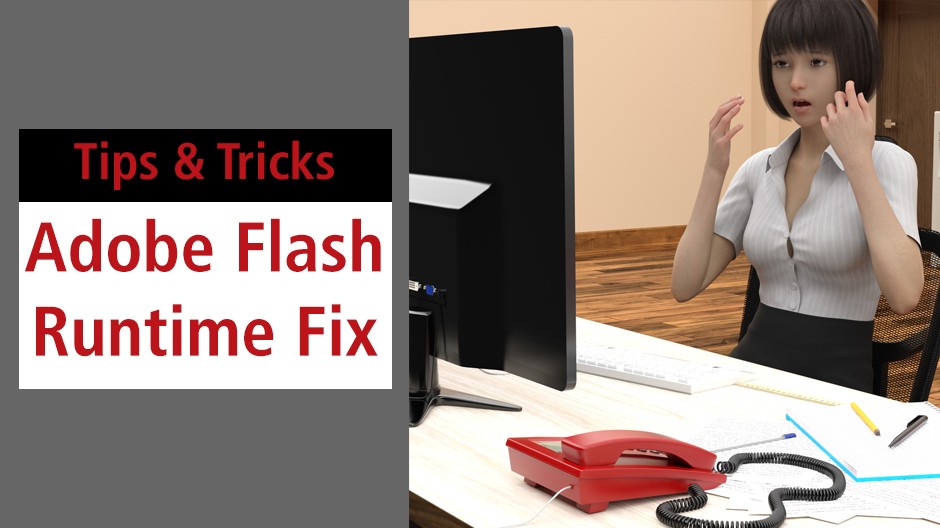 The company suggested uninstalling the program after Dec. 31, 2020, because Adobe will not issue Flash Player updates or security patches. And then on Jan 12, 2021 Adobe blocked Flash content from running "to help secure your system." Not only did this impact major web browsers by disabling Flash Player content, but it also blocked the libraries from loading in Poser 10 and earlier versions and stopped Reality in Poser from working.

This is because Poser 10 used AIR, a form of Adobe Flash, to manage your runtime.

We have found a few ways around the death of Flash that will repopulate your runtimes, so you can keep creating.

This is the option Poser Support recommends.

Then, go to edit > edit > general preferences > library and change library to external.

Renderosity community member bagginsbill found this fix way back in 2014.

Finally, open Poser and your libraries will populate. The only difference is that the Libraries palette may be in white.

Upgrade to a more recent version of Poser.

Poser 11 and Poser 12 are not reliant on Adobe Flash at all.

For a limited time, we have released Poser 11 from the vault for $99.99. In addition to fixing the Adobe Flash problem without you having to edit files, it also comes with over $900 in FREE downloadable content, gives users access to the functions that were formerly restricted to Poser Pro versions and introduces the SuperFly Render engine based on Cycles. Get Poser 11 here.

Or you could jump versions to Poser 12.

Poser 12 also adds support for Nvidia's raytracing hardware, Intel OIDN, an A.I. based image denoising system, a new post effects palette for denoise and more, and Python 3 scripting for improved security and stability. And it continues support for Firefly render engine and legacy content, La Femme and L'Homme, and more.

If you aren't sure, try the 21-day full feature, free trial. Download it here.

Options 1 and 2 do not work for users of Poser 7 through 9 were also affected. These users and any other affected users can fix the issue by installing a third-party library manager.

If you want to go this route, we suggest P3DO by yarp. It's available in the Renderosity MarketPlace (HERE) for $24.95. There is also a limited free version (HERE).

P3DO is a multimedia tool for viewing and managing your CG assets, 3D objects, 3D animations, and digital pictures with a simple, intuitive, thumb-nailed interface. It works in all versions of Poser along with other 3D program library managers.

For Poser users, the program acts as a Libraries browser, creating thumbnails, Runtime shortcuts, and colored directory nodes from internal and external runtimes. The browser displays your content in an Explorer-style window.

You can read more about yarp and P3DO HERE.

If you have any questions or issues with Poser, visit Post Support at support.posersoftware.com. In order to streamline support requests and better serve you, we use a support ticket system that assigns a unique ticket number to each request. You can use the ticket number to track the progress of your ticket and responses to it online.