Have you wondered how to get a nice 360-degree render in Poser without having true a 360 rendering option?

It isn't that hard. It's actually quite simple, according to Ashley Buchanan. She is the former community manager of Renderosity.com and holds a degree in mass communication and trained in digital animation at Middle Tennessee State University.

You just need to know how to use Poser's Keyframes.

In this video tutorial, Buchanan renders the default scene & figure in Poser into a 360 video. You can follow along with the written instructions below.

How to render a 360 video in Poser

1. Open up your Main Camera in Poser

We will now keyframe the animation.

Playback animation. A camera 360 view orbit is now around the figure

Now it's time to render your animation into a movie!

11. Go to your Animation Menu tab at the top of your screen & select > Make A Movie, or, for the hotkey types, use Ctrl + J.

Your movie will render out each frame & save in the location selected as a 360-degree video.

Once finished rendering, you will now be able to view your scene in a 360 view Orbit. 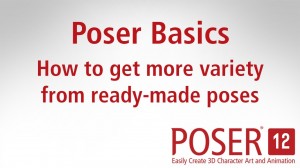 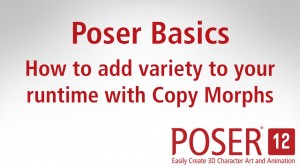 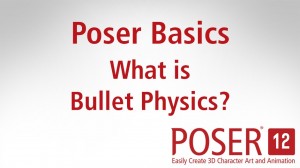