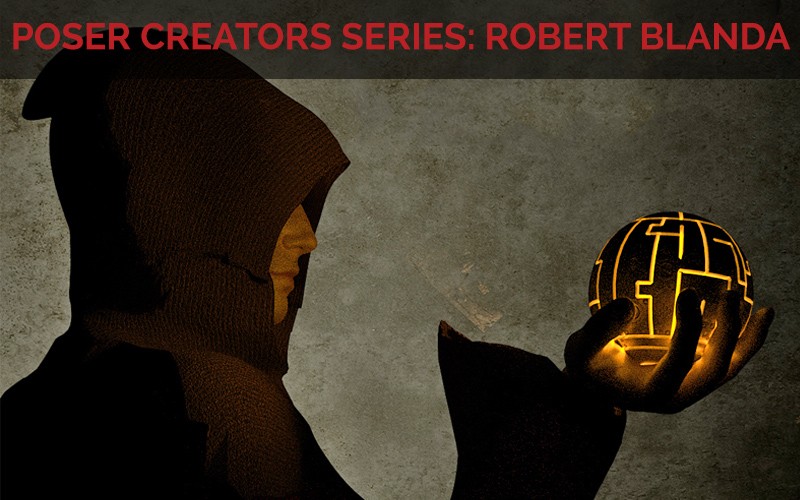 That's why we want to take a closer look at the creators who leverage the power of Poser to create whatever they desire.

From his vantage point working in public relations for the Czech Prison Service, Robert Blanda, a.k.a., Poser creator Cybertenko, dreamed of something more.

"I've been dreaming about 3D modeling for much longer time but the beginning was difficult for me," he said.

To take his mind off his day job creating press material, promos and a magazine for the Czech Prison Service, Blanda joined Renderosity in 2006.

It took Blanda three years to bring his first product, the Bohemian Watermill for Poser. Even though it only sold five pieces, it was a dream come true.

Since then, he has created hundreds of assets for Poser. Blanda creates a variety for props, like vehicles and weapons, architecture, interiors and history-inspired clothing for the seminal program.

"It is long-time affection I have with Poser," Blanda said, adding he started with Poser 4. "I cannot imagine using any other software for playing with characters, scenes, and such."

Most of Blanda's creations draw from his fascination with history.

"Since I have studied history and history of art, various pieces of past still excite me most, the other sources are movies, games, books, and so on. I have periods when I am fascinated by some cultural phenomenon or historical events and this mirrors in my modeling at the same time."

"On a Monday I noticed reconstruction of this building on the internet; and I was so fascinated by cruel and macabre utilitarianism of this building. By Friday of the same week, I had sent the model at Renderosity for testing," he said.

The building was used as the main gallows for the kings of France from the late 13th century until 1629. Reconstructed images of the Gibbet show it as having three stories with 45 compartments from which individuals could be hanged or displayed after execution. The three-sided building was eventually dismantled in 1760.

Blanda's 3D model captures the macabre majesty of the building made for nightmares.

He also draws inspiration from the world around him. Blanda calls Prague his hometown but the capital city of the Czech Republic, Prague only makes one appearance in his creations.

"I manage to pay tribute to this nice old city at my store only by single item - Golden Lane - which is cute little street at Prague Castle," he said.

And he doesn't stick with architectural models, he has created various steampunk-themed items, like a Steampunk espresso machine.

"I like various sophisticated machinery and that is why I like to make weapons and vehicles," Blanda said.

Blanda uses Poser to bring his dreams to life and help others achieve their fantasies.