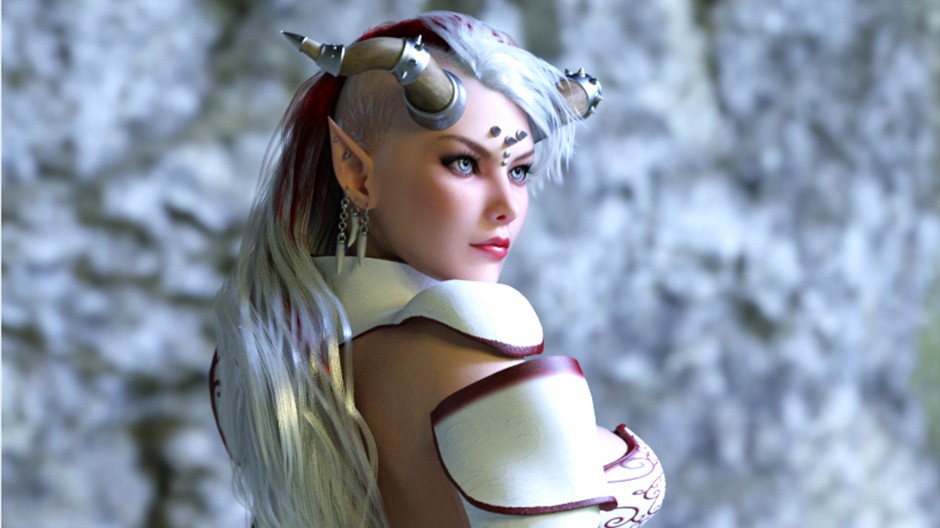 When the new Poser 11.2 update was in development, Poser Content Manager Jenn Blake (who also doubles as Renderosity's marketplace manager) had a few products in mind when she started putting the product bundles together.

She knew she wanted some good poses, scenes and props.

"I wanted some great La Femme content included with our Poser Pro 11 update as well as some original content that has been created by Renderosity vendors like 3Dream, Blackhearted, and other recognizable names who have provided some great content over the years," Blake said.

So she worked with vendors, all of whom donated the content, to compile more than $800 in content, which is included with the Poser Pro 11.2 release.

"They generously donated all of that content to help Poser be attractive to users and to give back to the Poser community they love and want to see flourish. Many of the vendors who donated content simply love Poser and those that use it," Blake said.

Two of the featured vendors, StudioArtVartanian and Simon-3D, are well-known in the Renderosity community but tragically died young.

StudioArtVartanian was one of the most active, most significant members on Renderosity. Her work ethic and friendliness earned her many awards and friendships over the decade that she contributed to the site.

"Her superb workmanship was only matched by her generosity, as she often shared her talents for free and gladly mentored new artists," Blake said about Joanna.

But Joanna's talents were lost suddenly at the end of July 2016 in her home country of Greece.

Best known for her celebrity lookalikes, Joanna's inspirations were always legends of the past, as she was a fan of classic movies.

After supporting the community at Renderosity for so long, Blake said she wanted others to see what Joanna was capable of, so she included SAV Alpha Scalp by StudioArtVartanian in the free content that is included in new downloads of Poser Pro 11.2.

"Her artistic nature always came first in her life," Blake said. "She would see beauty everywhere around, beauty she felt the need to express and reproduce on paper, canvas and a PC monitor later on."

SAV Alpha Scalp by StudioArtVartanian is a hair prop that can be used as stand-alone prop. It has conforming presets for Victoria 4 and Michael 4, but its adjustment morphs may fit many other human Poser character. It was also refactored to fit to La Femme just for this release.

StudioArtVartanian isn't the only departed Renderosity vendor to be included in Poser's new included content.

Simon-3D died in 2017 after a long battle with liver disease and liver cancer as documented in Renderosity Magazine.

Simon found the Renderosity community in 2003 and started selling 3D models shortly afterward. He shortly became a favorite with his variety of props, assets, buildings and transportation models for Poser.

"Poser is truly a labor of love for everyone who contributed to this release. From the vendors who donated content to the testers who worked hours without compensation and most already owned the software, they just wanted to see the new version be good for the end user and hoped they would enjoy the update," Blake said. 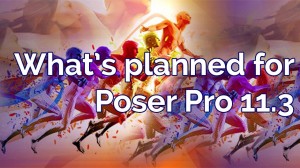 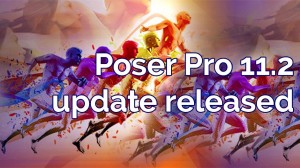 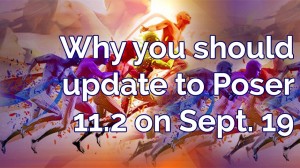 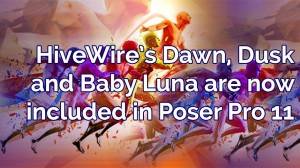 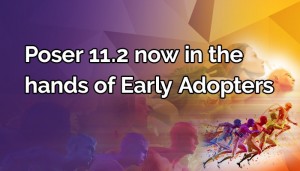 Poser 11.2 now in the hands of Early Adopters 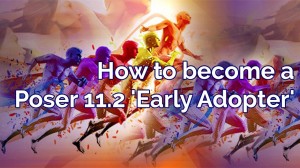