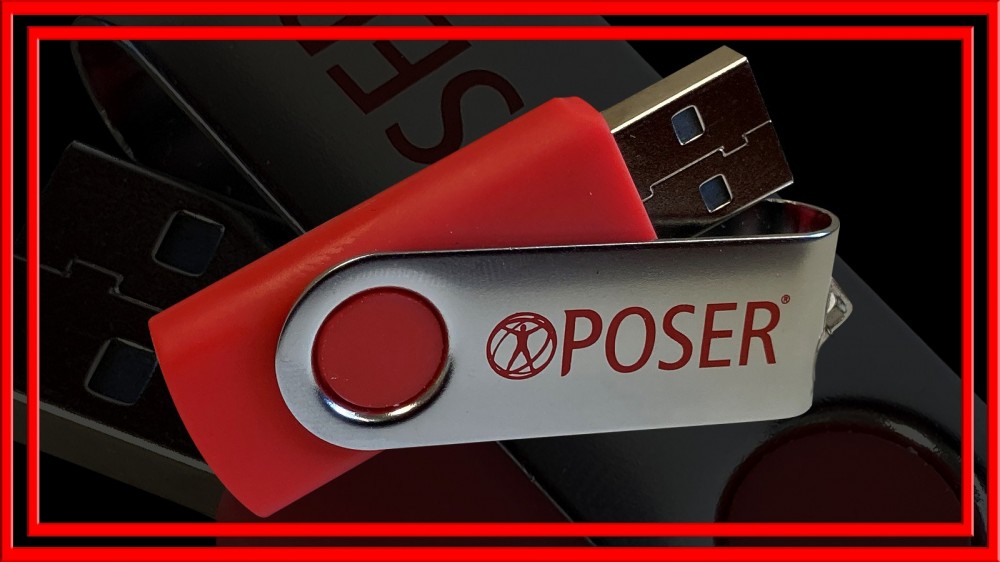 Previously, users could only download the latest version and bonus 3D assets directly from the Poser website. Starting today (June 9, 2021), when a user buys a copy of Poser 12, they can add a physical copy of the software. A Poser-branded USB containing the most recent version of Poser and the additional bonus content will be mailed for $22.95, the cost of shipping and handling.

"We wanted to give our customers another option when they buy Poser," explained Tim Choate, president of Bondware Inc. "We know some of our loyal users have connectivity issues, making the full download difficult given the shear amount of additional content."

Not only does the USB drive contain the most recent version of Poser, it also includes more than 8 gigs of premium 3D assets, including Superfly lights by Blackhearted; HiveWire3D's Dawn, Dusk and Baby Luna figures; HiveWire3D's Gorilla for Dusk; and HiveWire3D's Horse, Big Dog and House Cat; and the original toon figure Maisie. In total, there is more than 15 gigs of additional content, which includes legacy content, like older figures, clothing and other assets that were previously included with Poser.

The Poser-branded USB can be found in the Poser store. 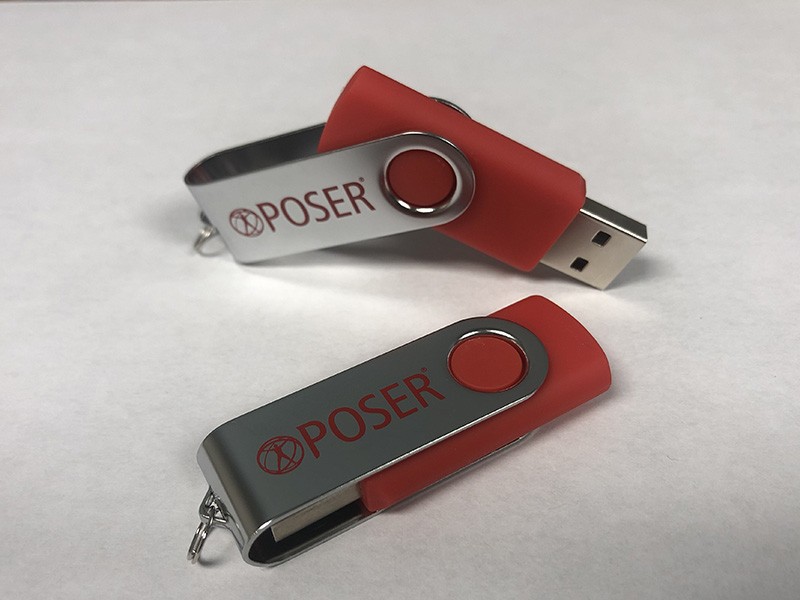 Poser 12 represents the next step in the revitalization of the Poser software brand. The new version updates several core technologies that have evolved significantly over the five years since the last major Poser release. This includes the Cycles (Superfly) render engine and the Python embedded scripting language.

The most recent Poser 12 update integrates purchases made from the Poser Software website, improves the downloads process, and usability of the Material Room for content creators.

DVD copies of Poser Pro 11 are still available from Graphixly through Amazon.com.

Since 1995, Poser has been the go-to software tool for 3D characters in illustration and animation for over 500,000 digital artists.

Poser is an ecosystem full of ready-to-pose 3D human figures, hair, clothing, props, scenery, lighting and cameras you need to bring your stories, dreams and fantasies of all genres to life. From historic to contemporary, sci-fi to fantasy, Poser is the 3D graphics software tool used by studios and hobbyists alike.

The complete solution for creating art and animation with 3D characters, Poser is a digital stage that gives artists full creative control.

Founded in 1999, Bondware Inc. is the parent company for several businesses based on the idea of building stronger bonds and communities online. The company was founded as Bondware Web Solutions. It has been providing websites for news publishing businesses since 1999 with clients including newspapers, magazines, associations and ordinary businesses applying digital marketing strategies.

Bondware is also the parent company of Renderosity.com and Poser Software.

The official marketplace for Poser, Renderosity.com is the premier online community for 2D and 3D digital artists, animators, game designers, production studios, photographers and writers of all skill levels and genres. Renderosity provides resources for graphic artists and animators that use the 3d modeling software. Renderosity has been providing a wealth of free services and tools to inspire, encourage and support creative minds since 1998. Find more about Renderosity at renderosity.com.